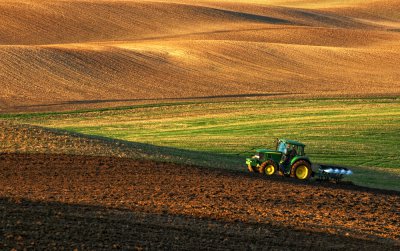 19 July 2018. CEETTAR fears circumvention of the principles of the treaties in the field of competition law and demand an integrated approach to the CAP, taking into account not only the diversity of territories, but but also those of the actors.

The ability of the CAP to support the collective investment must at least be accompanied by similar assistance for entrepreneurs who perform the same work in the same economic environment.

The agricultural contractors, who carry about 50% of farming in Europe, strongly contribute to the competitiveness and sustainability of the European agriculture, and participate in the debt relief of farmers, by providing highly technical equipment and qualified personnel.

This Wednesday, November 16, Gerard Napias, president of the CEETTAR, justified to the Members of the Agriculture Committee of the European Parliament the contractors’ opposition against discriminative legislation in terms of physical investments, "co-operatives for the use of agricultural machinery and contractors perform the same tasks in the same legal conditions and it is not acceptable that they be treated differently."

Moreover, entrepreneurs point out that this Commission proposal is inconsistent with the objective of European for a more competitive agriculture. By strengthening innovative and competitive players such as the agricultural contractors, the Commission would increase the effectiveness of its measures. The agricultural, rural and forest contractors deploy their equipment over a larger number of hectares and hours. The effect of the subsidy per euro invested is therefore multiplied, allows further reduction of marginal costs and supports the competitiveness of a larger number of farms in Europe.

You can download the press release in English, French and Italian.

CEETTAR Statement on ensuring availability and affordability of fertilizers

CEETTAR OPINION on the Fit for 55 Package

Why do CEETTAR Members care for the Data Act?